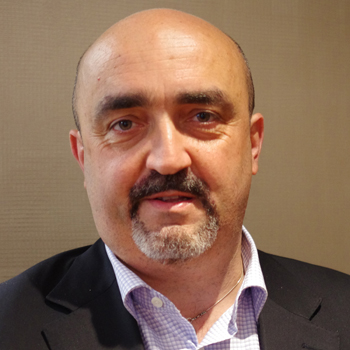 Co-Founder, Co-CEO and Chairman of the Board

Claudio Gatti is a medical technology entrepreneur with a long experience in the industry. He is a hands-on executive, that combines a deep understanding of technology with market and clinical insight. He has envisioned, designed, and led the implementation of several widely used distributed image management systems in the medical imaging space over the years, including Philips Brilliance Portal, IBM/Merge EyeCare PACS, and Nikon OptosAdvance. Mr. Gatti served as CEO of Claron Technology Inc, a predecessor to the Company, from the founding in 2001 up to the sale of the Enterprise division to Lexmark in 2015. After the sale, Mr. Gatti joined Lexmark, as Chief Technology Officer, Visualization. Mr. Gatti rejoined ClaroNav as Co-CEO in 2018 after completing the successful integration of the Claron Technology division in Lexmark. Prior to that Mr. Gatti was VP of R&D at Withinsight Inc. in 2000. Before becoming an executive, Mr. Gatti held senior technical roles at multiple companies including as Rendering Engineer at Alias Wavefront, Software Architect at Cedara Software Corp. Mr. Gatti has personally invested approximately $2.15 million into the Company.

Mr. Gatti has a Laurea Degree in Computer Science from the University of Milan.