The company’s team has a rich experience base, separately and together, of developing sophisticated, advanced medical visualization technology 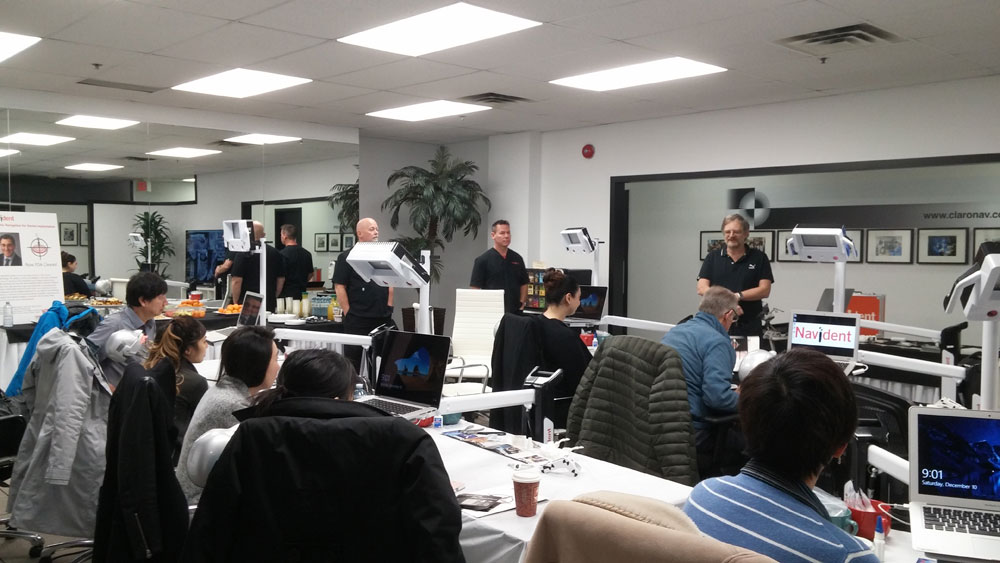 ClaroNav is dedicated to the development of surgical navigation solutions. We were founded in 2001 as Claron Technology Inc. by Claudio Gatti and Doron Dekel (hence the name), both having a long and rich experience in developing sophisticated medical 3D visualization and surgical navigation systems. Unlike most high-tech medical device start-ups that seek VC or angel funding, the founders bootstrapped the company using its own profits. The company’s founders and employees own over 90% of its shares.

Claron Technology experienced rapid growth since 2005, expanding the range of technologies and capabilities it offers while diversifying its customer base. Based on its 5-year revenue growth, it was recognized 4 times by Profit Magazine as one of Canada’s 500 fastest growing companies.

In January 2015, the non-navigation divisions of the company were acquired by Lexmark Inc.. We subsequently renamed the company ClaroNav.

Our surgical navigation roots go back to the development of the first commercial CT-based navigation system, the Viewing Wand, which our founders developed while at ISG Technologies (now part of IBM). The Viewing Wand, FDA cleared in 1994, was used to guide neurosurgery. After we left ISG and formed our own company, we developed and marketed the first vision-based optical tracking system for surgery, the MicronTracker (2003). We then helped other companies develop their own complete MicronTracker-based surgical navigation systems, and, starting in 2010, we initiated our own. We worked closely with dental surgeons to develop and market Navident (first regulatory approval in 2014), and with ENT surgeons to develop and market NaviENT (first approval in 2016).

We currently develop, test, manufacture, market, sell, train, and support our products at our Toronto headquarters. We also market, train and support out of our offices in Europe and East Asia, as well as through a network of national distributors.

Our vision is simple: