Navident From A New User’s Perspective:

Q and A with Dr. Isaac Tawil, Co-Director AIE

How has your onboarding experience been with Navident?
After much research I decided upon Navident for its compact and compatible nature. Living and practising in New York, space is a luxury which we often run out of. Purchasing new equipment often leads to remodeling or removing something to create space. The Navident design lends itself for a compact office. Its compatibility with all motors and piezo units makes it a great fit for any size office where other navigational systems required new motors and much more space.

What was the learning curve for you?
I have to say it was a much easier transition to Navident than I expected. Dr. Francisco Casadesus made it extremely simple during our 2 day in office training. The ease of the trace and place system combined with a simple planning software made going to virtual guidance fun. It’s as easy as playing a video game. In fact as I’ve been using it more I’ve begun to challenge myself to reduce angular deviation and implant position as if I were playing a gaming compile. It’s a lot of fun to be able to match your plan with high accuracy in a free handed manner.

In what percentage of your implant cases do you use Navident?
I’m switching to use Navident in all my freehand cases. I still use static guides for immediate loading of prefabricated restorations; however, we’ve been working to convert those cases as well. At this point and time I’d say 90% of our cases are dynamically guided with Navident.

Was there anything that surprised you about Navident that you didn’t expect?
I was surprised with its simplicity. I expected the software to require much more training. I do consider myself computer literate and my belief is that any computer literate practitioner can learn the software in under an hour. We brought the unit to our implant training facility in Mexico to put that theory to test. We had doctors, who have never placed an implant, planning and placing the same day with the Navident system. Their feedback was astonishing as they were more confident with the unit as a security blanket. Many of the attendees requested a full live surgery course with Navident training.

Any other insights you would like to share with current or prospective Navis?
Whether you’re a new to implant dentistry or a seasoned practitioner, you’ll be surprised at just how much you can accomplish using dynamic navigation. I thought for years that I didn’t need assistance with implant placement. It wasn’t until trace and place came along with multiple hand piece options such as piezo and high speed handpicks that I was convinced I needed it to enhance and simplify my practice. With dynamically guided sinus lifts, dynamically guided partial extraction therapy and dynamically guided ridge splitting, we have become more proficient and accurate. While I jumped in for those procedures, I realized I prefer all my implant placement with virtual guidance. Once you get comfortable using dynamic guidance you won’t want to go back to traditional placement. 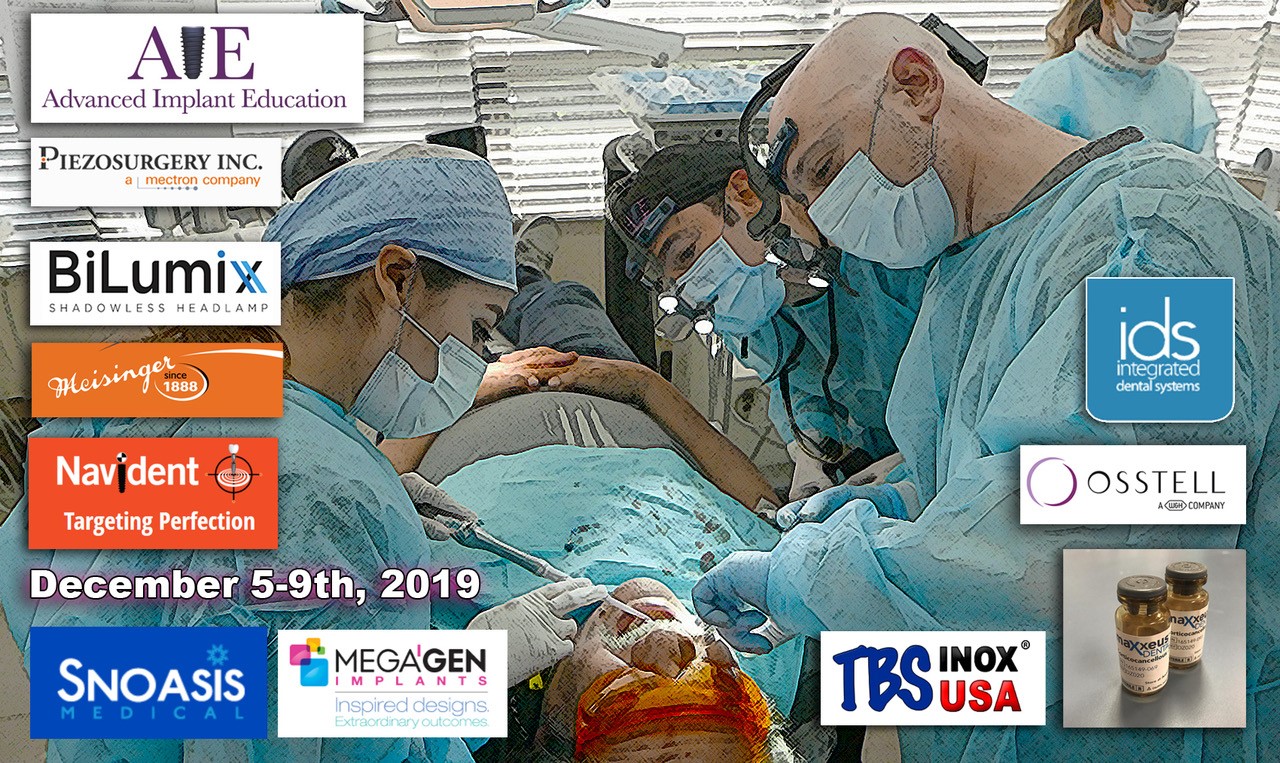